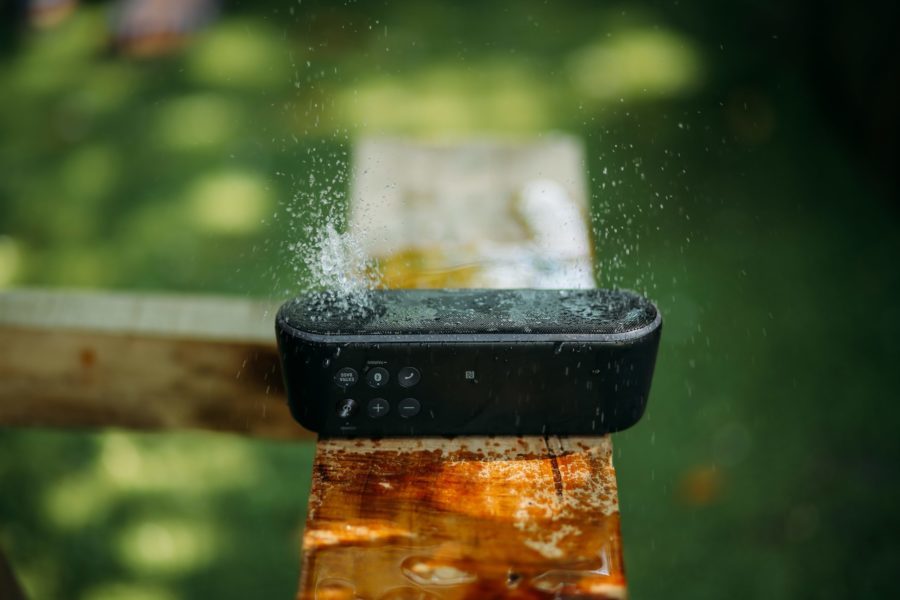 Top Tracks For A Garden Rave

Summer 2021 Has Been Declared The Summer of MASSIVE TUNES ONLY

As restrictions hopefully ease this summer we may well see a few garden raves getting thrown to fill in the gap while we patiently wait for full-scale clubbing and festivals to return. It will be a chance for DJs to flex their no doubt stiff DJ muscles and play some of their favourite tunes to actual real people.

Obviously, for a garden rave you’ll need some mates and some kind of outdoor sound system. A gazebo or massive umbrella is going to be essential too, as some of your crew won’t have left the house for months and will shrivel under the summer sun. But most of all, the music is going to be a huge part of any summertime garden bash. For many DJs, this might be their first gig in over a year. They’ll be nervous, over-prepared and may need an emotional support dancer to help get them through it, so treat them gently as they try to remember how to mix and indeed as you remember how to dance.

DJs: you’re not on the terrace at Space, Ibiza, you’re in a suburban garden so you don’t need to show off your one-sided limited pressings or your rare artisan-forged Mp3s. In fact, I’m going to mandate that this summer, DJs should just play bangers. The garden raves of summer 2021 aren’t about the craft of DJing or taking the listeners on a ‘journey’, we all must simply commit to playing BIG TUNES ALL THE TIME. Everyone needs to celebrate, we don’t need subtle DJ sets that carefully educate and entertain, what is needed is massive tunes that we all know, SUPER-LOUD.

So what music to play? Well, that very much depends on who is coming to your garden rave, but here’s a few winners that have never failed me in thirty odd years of small-time DJing.

Kick off as you mean to go on, with an instantly recognisable song that at least some of your crowd will love, and may endear you to your older neighbours way more than some techno banger ever will. ‘Ain’t No Mountain High Enough’ delivers two and half minutes of instant ecstasy, nailed down by a classic cookin’ Motown beat. Marvin and Tammi sing it as though their pre-song brief had been to try and express true love through song. Dancing to this record feels like standing on the edge of a very groovy cliff in a very soulful high wind, those strings will just carry you away.

One of those tracks that always seems to work, ‘Trick Me’ has an instantly recognisable intro, it’s packed full of hooks, the beat is mighty, everyone can sing along and it rolls along at a splendidly languid pace. This’ll get em on your makeshift patio dance floor straight away.

The ‘Special Mix’ is aptly named. You get nearly 8 minutes of gospel-flavoured disco nirvana from TPHB which producer Ray Mang has primped and preened into a sparkling anthem, mighty and proud, all killer no filler. And you have to play the whole thing too as it has two distinct sections, the first of which perfectly sets up the second and when that final piano riff drops, which Ray in his bountiful producer-confidence has left till a good three-quarters of the way into the tune, woowee, it might just supply your first moment of dance floor transcendence of the day.

Now you’ve got your dancers warmed up it’s no mercy, take no prisoners for the DJ: time to dig out the big guns and they don’t get much better than this. Drop it and witness the awesome firepower of a fully armed and operational Chaka Khan, it’s truly something to behold. ‘Sugar’s built around a killer Fatback Band sample, the beats slap and it rates extremely high on the sing-along scale. Play this and you’ll pick up any stragglers hunched around the patio edge and if any of your dancers were considering heading off to find another drink, this will keep them on the flattened bit of grass that this song is currently setting on fire. 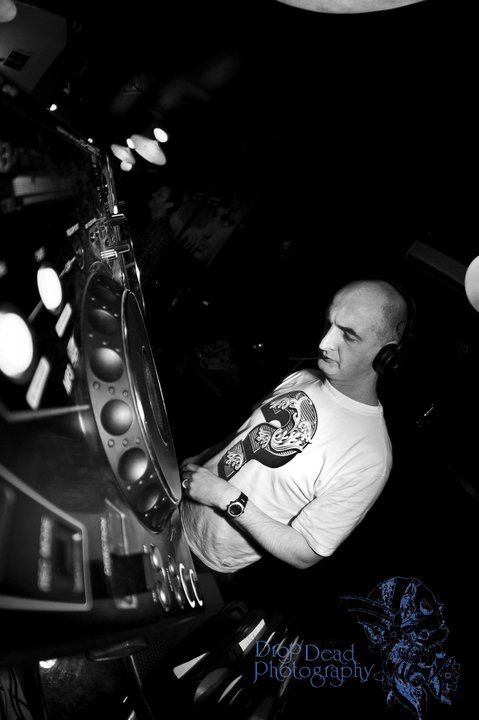 Prince – ‘I Wanna Be Your Lover’

At last count, DJs have an estimated bazillion Prince tracks to choose from that will utterly smash up anywhere they play this summer. Personally, I’ve never ever seen this tune do anything except bring a room perfectly to the boil in the time it takes for the first chorus to come round. Prince at his funky, sexy, carefree best, tossing off sleek, shiny classic songs like this as though it’s nothing at all. Do you remember what it’s like to be 18 years old and in love on a summer night? That feeling, that’s the sound of this song.

The thing about this awesome Róisin tune is that the verses are sexy, the chorus is glorious but then OMG, the middle eight drops and suddenly you realise that it was written in the key of MDMA. Play this at your summer garden rave-up and you’ll need some buckets on hand to pick up the pieces after peoples heads explode when the middle eight resolves into the final chorus.

Justice V Simian – ‘We Are Your Friends‘

This party is about you and your friends and this song’s refrain “You’ll never be alone again” is just perfectly fitting for a post-lockdown beano. The phrase “it smacks” was invented to describe tunes like this and ‘WAYF’s dance floor thwack, slippery bassline and that wonderfully strangled vocal all make it well worth digging out again.

It’s BIG TUNE SUMMER so here comes Daft Punk’s enormous ‘One More Time’. It does what the very best crossover dance music does, it captures a little bit of sunshine and somehow stores it in a song, ready to burst out as soon as those opening chords hit.

‘Red Alert’s sub-Parliament/Funkadelic intro is a clarion call to the dance lawn and all the bleeps and audio twitches provide a carnival-feel, implicitly giving permission for ‘funny’ dance moves and excellent singing along. The sampled bass line has a funk rating of ‘highly fecund’ and it’s one of those tunes that got totally rinsed out so no one’s played it for yonks – but ‘Red Alert’ my dude, your time has returned, this summer is your moment, shine for us.

The original of ‘Love Story’ was an underground anthem, a classic Layo and Bushwacka 3am stalker, but then it got spliced with the vocal from Kings of Tomorrow’s ‘Finally’, shifting it into the realms of ‘serious big-tuneness’. Bootleg karaoke house at its absolute finest.

Midland’s anthemic disco-loop stormer from 2016 has no use-by date. Drop this now and watch while your dancers lose themselves as the pristine drums, tasty little disco sample and Gladys Knight’s vocals all somehow coalesce into uber-tech-disco-alchemy. Still supa-fresh, still big.

OK, if you’re playing this at the first garden rave after lockdown I’d suggest you mix it in from about two and half minutes in. The intro is cool but in terms of keeping your dancers on the floor, you don’t need to mess around with half speed breaks and lengthy beat-less passages. Remember: 2021 is the summer of BIG. Simply drop it straight in from halfway through the first breakdown, then your dancers will get hyped about that unmistakable double-bass sample, but don’t then have to stand around like lemons till the awesomely precisely engineered beats drop. You’re welcome.

Machine – ‘There But For The Grace Of God’

An epic piano intro, bitter-sweet lyrics and high-level late 70s exuberant production, ‘There But for the Grace of God’ was winner of ‘most singable chorus’ award two years running. This will pick up any dance floor, worldwide, guaranteed or your money back. Heavy-duty disco.

Skip the lengthy spacey disco intro of the full-length version – it’s totally vibes but not right now, not during THE SUMMER OF BIG. Instead go for the single version which emerges fully formed after a mere four bars. Dan and Loleatta Holloway’s disco monster is a piece of sonic magic is still unstoppable when dropped at the right time. Your mates may have only heard Take That’s version; if so they’re in for a diva-led 4/4 audio treat of the highest order.

And what do you follow such an epic song with? Smash up your garden with the raw house beats and disco-euphoria of Janson and Shan’s ‘Surrender’. It’s a house tune where lots of things happen, packed with builds, breaks, snare rolls, filter sweeps and a jubilant disco snippet perfectly looped just-so, all engineered for maximum dance-lawn impact.

‘To Love You’ perfectly captures the sheer unadulterated joy of the very best of UK rave tunes, all wrapped up in faultlessly balanced contemporary production. Trust me, when the beat and warping b-line drop, hold onto your bass bins I’m telling ya. Seriously though, take some videos when the bass drops because there will be people taking off and flying into the sun.

This one is for all the ageing ravers, for everyone who loved this first time around, and for everyone who’s never heard it before. Those lush synth-strings, rolling breakbeats and that old school piano riff, oh my, three decades on and it’s still a winner for a big old sing-along and jump-around.

Paul Williams – ‘You Give A Little Love’ from ‘Bugsy Malone’

It’s well after dark, the curtains have started twitching and eventually your neighbour comes round to tell you to wind it down. Invite them in, shove a warm can in their hand and put this on. It starts slowly and everyone thinks ok, this is fun, but then it starts to speed up, a thing way more records should do by the way, and by the end of it your whole garden and hopefully your neighbours will be singing the repeated refrain “You give a little love and it all comes back to you”. The neighbours will smile benignly, you can do a rewind on it then let that bad boy play out. Party time. 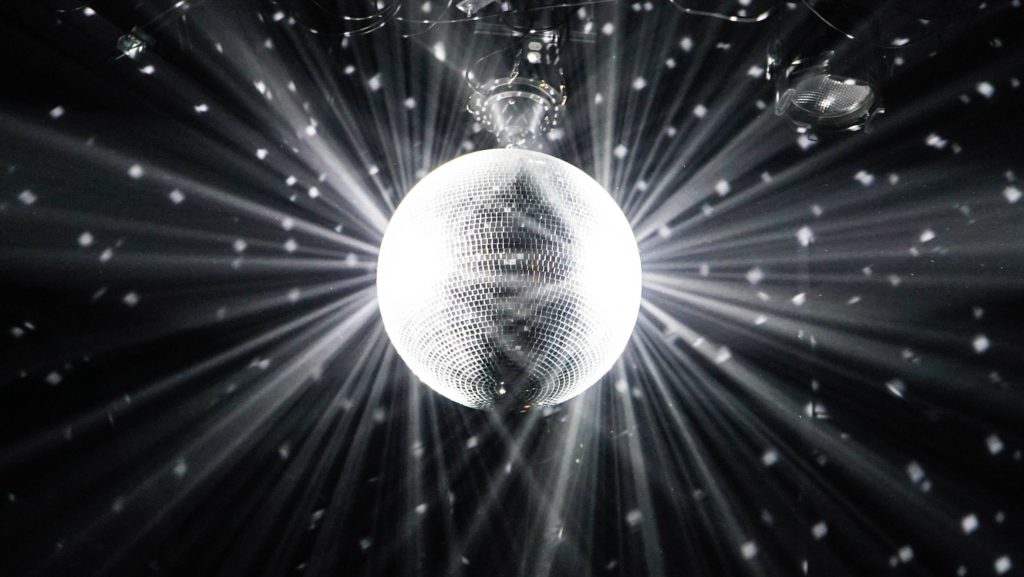