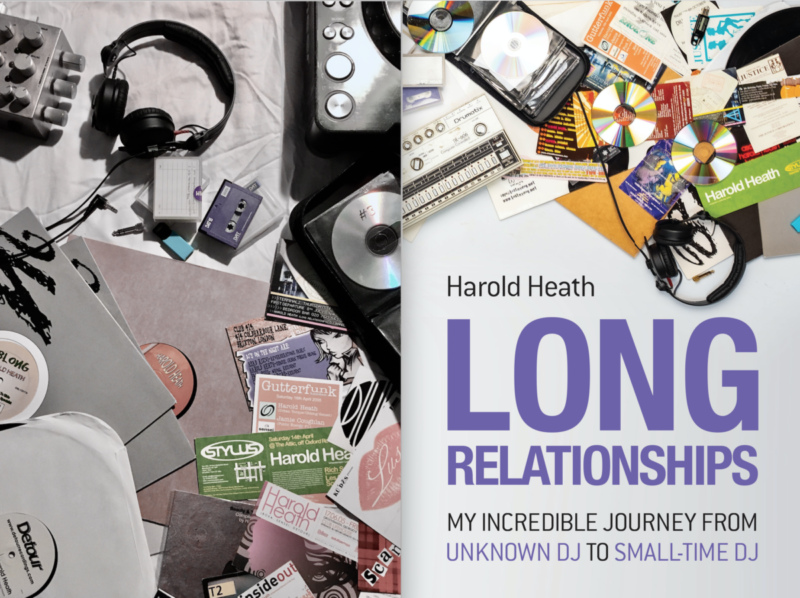 How We Came Up With The Cover Image For ‘Long Relationships’

From a photo of a pile of flyers, cassettes, DAT tapes, vinyl and related DJ debris taken on my bed, to the pristine cover that now houses my book, this is how we came up with the final book cover image.

I love how the cover art for ‘Long Relationships’ has ended up, All the flyers, vinyl, CDs, USBs and all the accoutrements of DJing, the headphones, the adaptor jacks, they’re all stuff from my cupboards and loft at home, the few pieces of rave evidence that I have hung on to, house music archaeological finds that I kept from the last thirty years. They’ve survived several house moves, a few purges and the ups and downs of family life, to now end their journey immortalised on the cover of my first book. 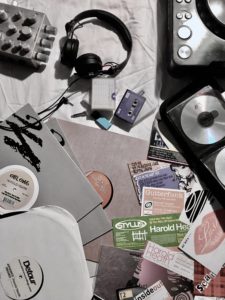 This was my first home attempt to get an idea of what might work. I had various vinyl releases of mine, lots of flyers and I also thought a Pioneer CDJ, the DJs media player of choice would look cool too. I included releases on Bushwacka!’s Oblong label and UK outfit Lost My Dog as they were both important to my music career. I also included my trusty Roland 606 drum machine and my Tri-wave Pico Generator handmade analog synth, because I used them both in some of my productions but also because they both look totally cool. The first thing I realised is that I needed to leave a big space for the book title, the second was that I might need to prioritise some strong colours or I was going to end up with a very grey looking book. 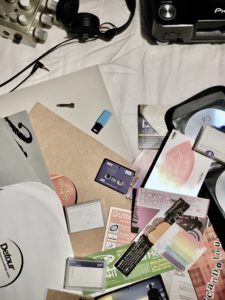 This was the second attempt, note professional use of bed-sheet to create a smooth looking background. Then I tried out a few more ideas, experimenting with scale and different combinations of objects. All the flyers are for events that are mentioned in the book; some date back to the early 90s, some are from the 2010s. I included a few DAT tapes too; I used to make music without a computer and recorded all my finished productions to DAT and still have all the tapes of my early, pre-computer releases. The TDK cassette is a recording of Pete Tong playing my release ‘Long Relationships’ on BBC Radio 1. If you look carefully at the three pictures below, you can see a flyer for the world’s worst named house night ‘Diurnation’, a name that manages to sound like both diarrhoea and urination, an impressive feat. 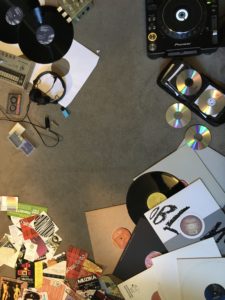 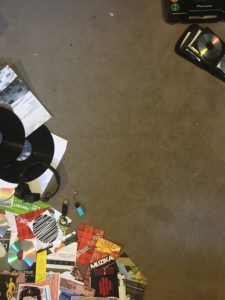 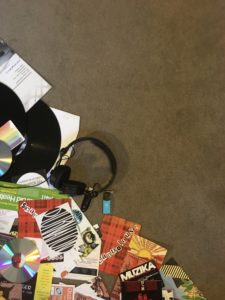 The idea behind the book cover image came from the inside cover of The Jam’s ‘All Mod Cons’ album. The Jam and The Small Faces were pretty much the only rock groups I ever really listened to as a kid. The inside cover of ‘All Mod Cons’ is a collection of signifiers – a cappuccino, some Mod badges, a packet of ten Rothmans, Tamla Motown and Ska singles. It’s a selection of Mod accessories and paraphernalia, all adding up to Paul Weller’s idea of who The Jam were. I used to stare at the cover when listening to the record, wondering about the records, the badges, marvelling at the forbidden adult smoking accoutrements, thinking the glass coffee cup was just so classy. I wanted my book cover to do a similar job, to be similarly engaging and luckily I had a box of Harold Heath relics to do the job. 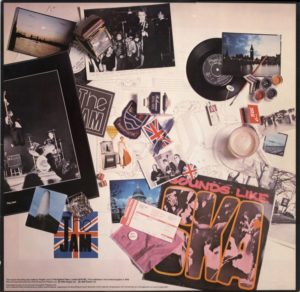 On the day of the photoshoot, the end of summer 2020 when lockdown restrictions had been eased somewhat, I drove to East London to photographer Cleveland Aaraon’s East London studio and then arranged and rearranged the flotsam and jetsam of my music career. 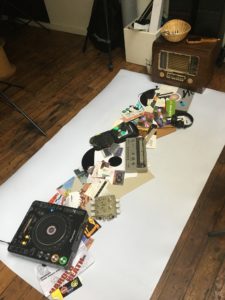 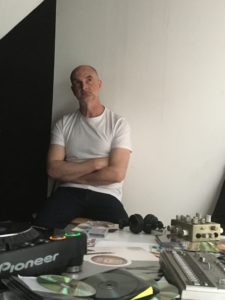 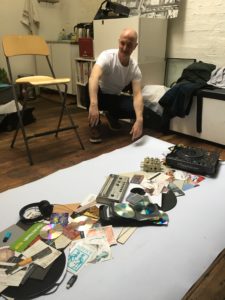 And then as if by magic, although actually via the talents of Cleveland and designer Ronaldo Alves, the bits and pieces from my cupboards, the flyers me and my mates designed over a quarter of a century ago, records I made 20 years ago, a drum machine I found in a second-hand shop in Lewisham in the 90s, they’re all there, on the cover of my first book. 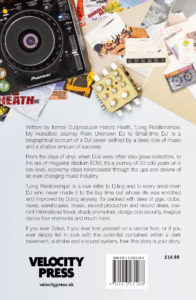 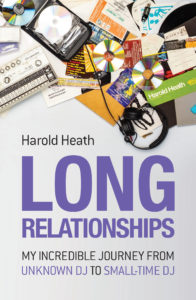