The next mix to go with the publication of my book ‘Long Relationships: My Incredible Journey From Unknown DJ to Smalltime DJ’ is Vol IX ‘Early/Mid 2000s House Jams’

This latest mixtape ties in with Chapters 11 and 12 in my book and features tracks from the early to mid 2000s. By this point in my music career I’d released my first few tunes, had stepped up a DJ tier and was getting a few nice gigs here and there.

I had made a new email signature that cleverly contained my email address so you could choose to either simply reply to me, or cut and paste my email address from my email, paste it in the address box and email me that way. Genius. I also had started putting a little list of my current releases underneath my signature too. I was quite prolific around this time, producing music and punting it out to whoever would sign it so the little list of ‘Current releases’ would change from week to week. It all seems quite charmingly naive now; this was a really happy time for me – I was in the midst of my first flush of success and was utterly head over heels in love with production and DJing equally. I was gigging a bit more so the gigs I was playing were influencing the kind of tunes I made. In the book, I mention the unforgettable moment when I first heard one of my own productions in a club: 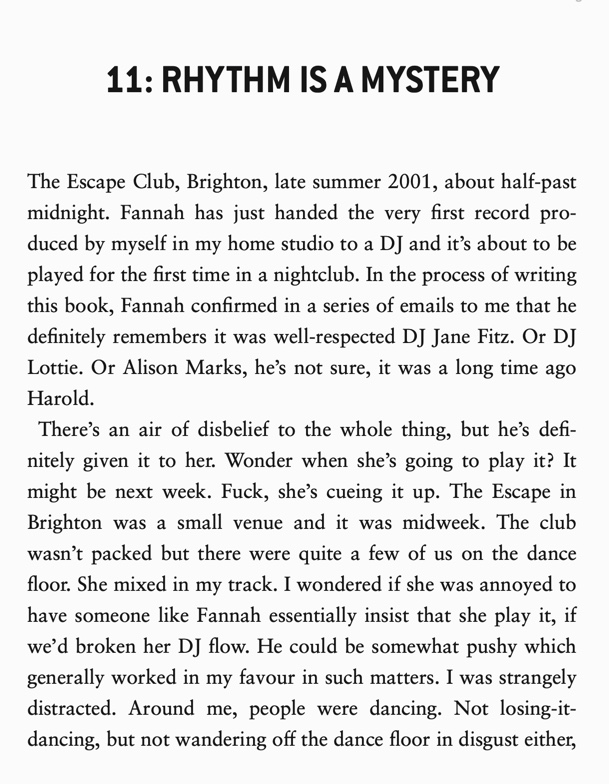 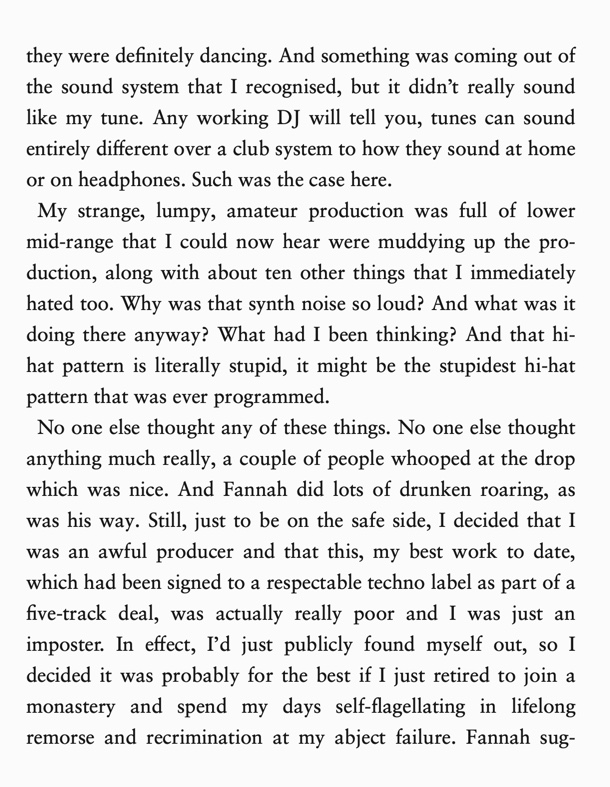 Around this time tech house had become established as a genre that was now being made by producers rather than a scene based around open-minded selectors. I was playing a mix of deep house, US dubs, tech house, tribal, and quality vocal tunes as you can hear on this mixtape which features tracks and remixes from Plej, Charles Spencer, Patrick Turner, Kerri Chandler, Derrick Carter, Hipp-s-E, Lawnchair Generals, John Dahlbäck , Asad Rizvi, Mazi, Ian Pooley and lots more. Some of the tunes on here are absolute killers – that Ian Pooley track, seriously, drop it when clubs re-open and then call a few ambulances for all the people whose heads explode. Asad’s ‘Slippery Heights’ is a truly mighty vocal house record which on a big system just flys. I also included Chris Lum’s ‘Big Tool’, a banger from 2001 that encapsulates the US west coast tech house sound that perhaps more than any other element of the scene helped codify what tech house would become in the following decade: layers of pristinely polished percussion, big, simple b-lines and white noise break downs. It was a style that sounded fresh in 2001; by 2012 perhaps not so much. There’s plenty of deep dance floor jams and equal quantities of nocturnal memories in this mixtape – hope you enjoy it.

Plej – Lay of the Land

Trevor Loveys – Turn It Up